Looking at Bayern Munich’s rise to top German football, it is clear that it is the ultimate revenge mission for the club. 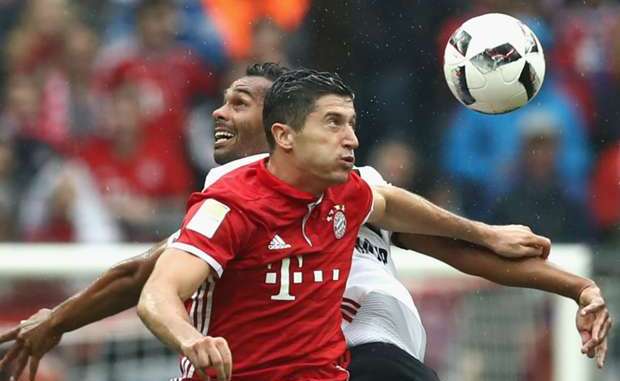 According to Uli Hesse’s book, “Bayern: Creating a Global Superclub,” they were not allowed into top flight football in Germany when it was set-up in 1963. After breaking through, the club has won the championship an impressive 25 out of 48 times.

The league started as a serious competition for Bayern and others, but the Bavarians have left the other teams wide apart as the years go by. The opposition have been changing from Bremen to Koln to Schalke to Monchengladbach to Hamburg SV and others. Bayer Levekusen deserve a mention as well for their effort but, like others, fell flat to the supremacy of Bayern Munich.

Borussia Dortmund stand as the only real opposition that can stop a fifth consecutive Bundesliga win this term under Coach Carlo Ancelotti. Dortmund are a side that have proved that efficient management of resources can bring success. They are truly the second place side in Germany local football, leaving Schalke and Bayer Leverkusen struggling for third place. Both sides look like the only teams that can break the ‘duopoly’ in Germany.

VfB Stuggart, a side that were German champions in 2006 are struggling in the lower rung, despite their wealth and large fan base. Schalke have never won the top flight football title in five decades now but they have at least being consistent in their chase over the years. Despite the similarities to Dortmund, the Royal Blues haven’t really come close since 2010.

Christian Heidel has been given the mandate to restore Schalke. Despite his wide scouting network, better facilities and reinforcements, Schalke have started the new campaign slowly. Hamburger Sv have been struggling as well. New boys, RB Leipzig look focused to prove their mettle but the duopoly looks like one that wouldn’t be broken this year.