German side Borussia Dortmund had their team bus attacked as they set out to play Monaco in the Champions League. 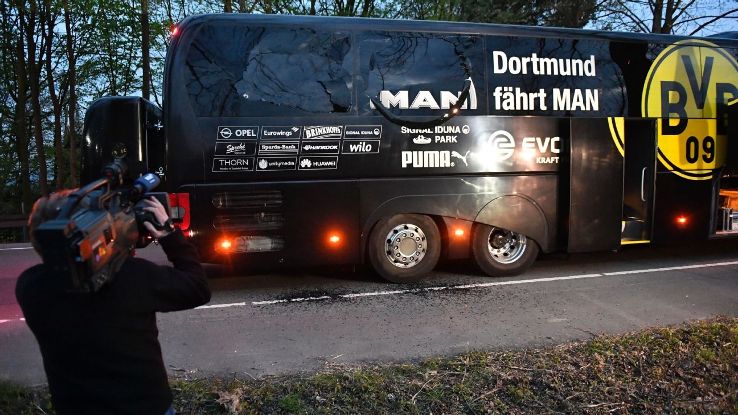 A player Marc Bartra and a policeman picked up injuries in the triple-blast incident. Initially, there were fears that it was a terror attack as early investigations saw notes that had a link to Islamic extremists. Eventually, there were not authentic.

New developments show that the attack could have been a fruit of greed. Federal prosecutors have arrested a German-Russia suspect Sergej W. who took out a big loan to bet against the shares of the club. German officials claim he bombed the bus and tried linking it with extremists just to make profit.

He was prosecuted in Baden-Wurttemberg near Tuebingen in South-West Germany. As at the time of filing this report, Police claim he acted alone as they have not seen any contrary evidence.

“We are working on the assumption that the suspect is responsible for the attack against the team bus of Borussia Dortmund,” a spokesperson Frauke Koehler said at a news conference after the arrest on Friday.

“A significant share price drop could have been expected if a player had been seriously injured or even killed as a result of the attack. We’d like to think that the suspect is responsible for the attack on the team bus. We were put on to the suspect’s tracks by suspicious option deals. He in total bought three different derivatives and gambled on falling stock prices,” the prosecutor added.

The suspect bought the stocks that same day ahead of the attack, and the profit is believed could run into millions. The bombs went off at the time he predicted but they went off a metre above the ground leading to reduced impact Support Chelsea.

Dortmund eventually lost the match over two legs to Monaco. Monaco would go on to face Juventus in the semi-final clash.