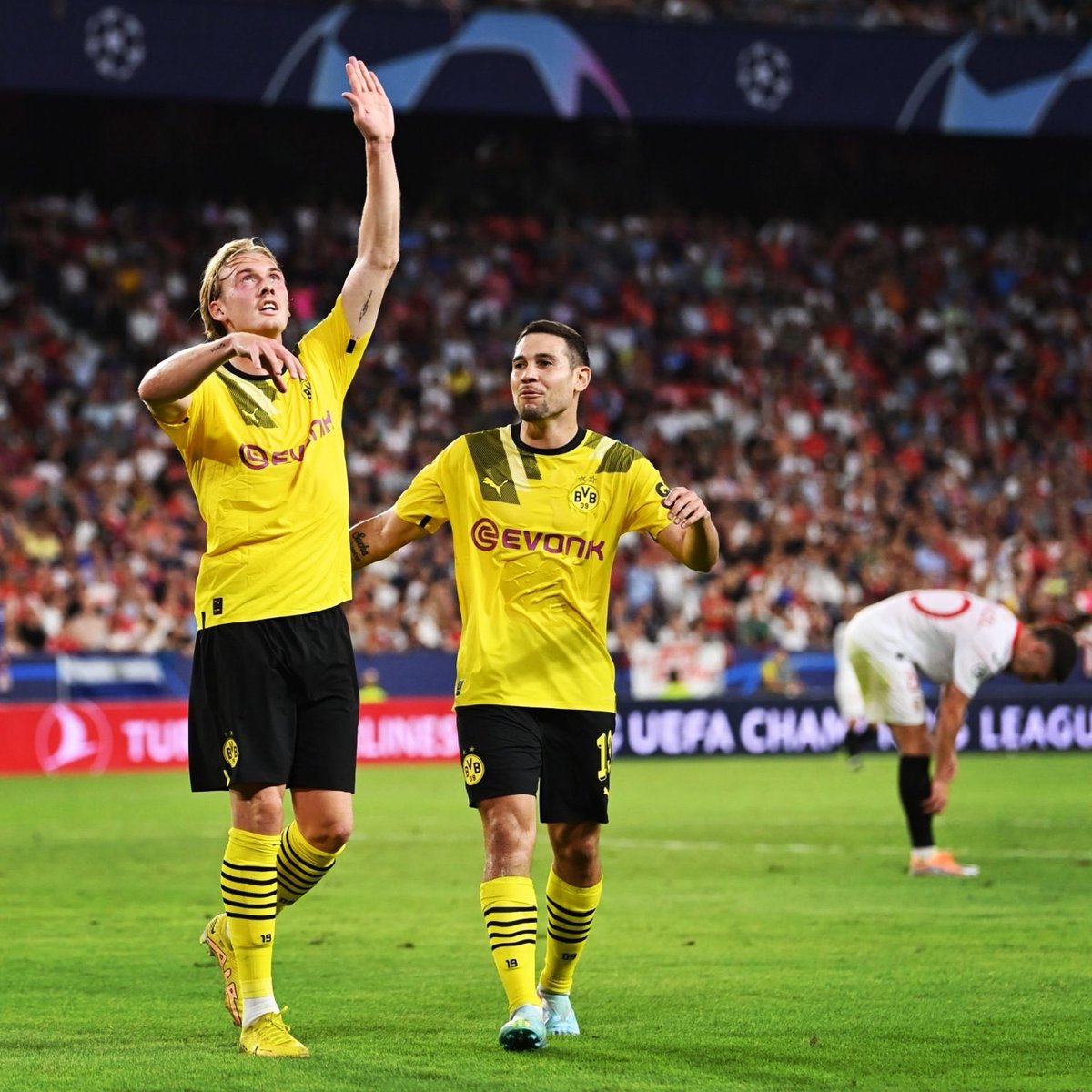 Borussia Dortmund began their campaign in Group G with the convincing win over FC Copenhagen at home. Portuguese left-back Raphael Guerreiro, German star Marco Reus and English youngster Jude Bellingham were all on target for Borussia Dortmund on the way to a 3-0 win over their Danish opponents.

In their second Group G game, Dortmund were unlucky to lose to Manchester City. The Premier League champions scored twice in the second half to overturn the first half deficit as a result of the goal from the aforementioned Bellingham. Borussia Dortmund led 1-0 at the end of the first half thanks to the goal from Bellingham before goals from John Stones and ErlingHaaland gave City a 2-1 victory.

Borussia Dortmund bounced back from the unlucky defeat to City with the 4-1 away win over Spanish La Liga side Sevilla on Wednesday night. Raphael Guerreiro made it two goals in three Champions League games with the opener before goals from Jude Bellingham and Karim Adeyemi gave Dortmund a 3-0 lead at the half-time interval. Moroccan attacker Youssef En-Nesyri pulled a goal back for Sevilla in the second half before German international Julian Brandt sealed the big win for the away team.

With the win over Sevilla, Borussia Dortmund need to beat the Spanish team in the return leg on home soil to seal their place in the round of 16 with two Group G games to play as long as group leaders Manchester City avoid defeat in their game against hosts FC Copenhagen. As things stand, Dortmund are on six points after three games and three points off City. They have five more points than Sevilla and FC Copenhagen in third and fourth respectively.