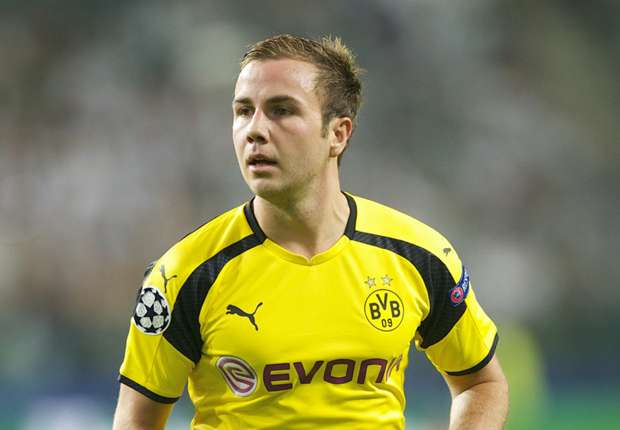 Reports in German media suggested a bust-up ensued between Tuchel and Gotze because of the player’s insipid performance during a passing drill.

Gotze, who returned to Borussia Dortmund after a disappointing stint with archrival Bayern Munich, has so far not scored a single Bundesliga goal since returning to the club. His poor performance this season has continued to fuel news of a fall-out with Tuchel who is unhappy with his performance.

Tuchel has however rubbished reports of a bust-up with Gotze, stating that he and his players only had a miss understanding. The coach speaking on the alleged bust up said:

“I was informed on Wednesday that I had a problem with Mario, which is simply not true. I said loudly after a [passing exercise], where ten players were involved, that I was not satisfied.”

The manager insisted that his outburst was based on the overall performance of all players during the drill and not with Gotze as reported.

Gotze and Schurrle who both signed for Dortmund in the summer have performed below par; however, the manager has refused to talk about their struggles stating that he is more committed to moving the team forward.

Although Andre schurrle had an impressive start to life at Dortmund, a four weeks injury has so far slowed his progress.

For now, Tuchel is not giving up on both players just yet as he believes they would continue to improve if they give in their best. The Dortmund manager believes Gotze and schurrle are top players who still have some spark left.

At the moment, it remains to be seen if both players are featured in today’s game against Hoffenheim, seeing that they have not featured in the last two game for the team.